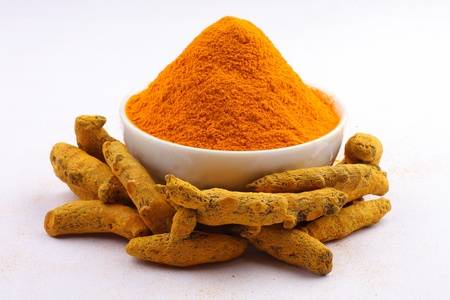 Turmeric is a plant and the root has widely been used in medicine for hundreds of years. It has a warm, yet slightly bitter taste and is also used as a colorant for curry powder, mustards, butters and cheeses.  Turmeric is actually the main spice that is found in curry powder.

Turmeric contains the constituent CURCUMIN which has been shown to have a number of health benefits. Curcumin is often credited with anti-inflammatory benefits for the skin.

At the American Academy of Dermatology’s 68thAnnual Meeting in 2010, findings from a research study of turmeric in skin care showed a 15% reduction in fine lines & wrinkles as well as reduced hyperpigmentation (age spots). It was the first time that research was able to clinically show skin benefits from a turmeric extract.

To be certain that the turmeric was conferring benefits and not just the cream it was in, scientists tested 89 participants between the ages of 40 and 60 years of age for an 8 week period.  On one side of the face a moisturizing cream with turmeric & niacinamide was applied. On the other side of the face the cream contained only niacinamide.

Photos were taken at weeks 4 and 8 and then analyzed for changes in lines, wrinkles and age spots.  The 15% improvement was calculated by cosmetic graders and fully attributed to the turmeric.

Further research supports turmeric as a potential minimizer of eczema, psoriasis and various other skin barrier function conditions. The anti-inflammatory benefits of turmeric have been well known for centuries. Initially many people avoided turmeric due to its strong color and ability to stain, plus a somewhat off-putting scent in stronger formulations. 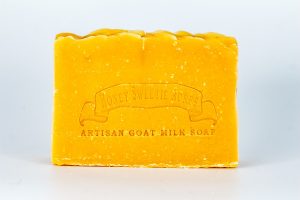 Our turmeric soap perfectly fits the bill for anyone seeking an anti-inflammatory soap that is both gentle and protective. The soap-making process mutes the color and the correct formulation and method we use, prevents any staining of the skin.

We love bringing you products with ingredients actually supported by research, not fads.  We think you will be pleasantly surprised at the condition of your skin after using a turmeric bar for a few weeks.