Why are baby goats fed with bottles? 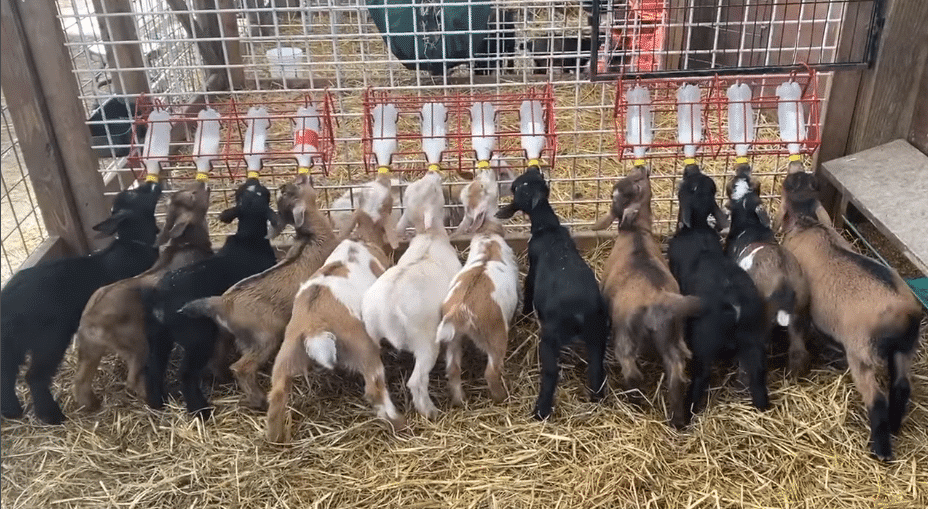 Why Feed Baby Goats with Bottles?

Periodically we post photos and videos of adorable baby goat nursing a bottle enthusiastically.  While most people enjoy these, I’ve noticed a few comments on twitter and other social media asking why baby goats are fed with bottles, bemoaning the fact the babies are on bottles and not their mamas.  I don’t view this as criticism, I view it as an opportunity to educate.

For most people who raise dairy goats, the “udder” is a revered blessing from mother nature that produces liquid gold, whether it be for drinking, cheese making, kefir or yogurt making or soap & skin care.  Udders need care, just like a nursing mother has to take steps to care for her breasts when she is nursing.

Converting from Nursing to Bottle Fed

So, the basic question most people ask is why bottle feed baby goats instead of nursing on mama? On our farm and as part of being “Certified Humane“, the baby does nurse the mother for the first two weeks of its life to get the valuable colostrum, the “first food” that most mammals need.  Colostrum kick starts the system, cleans out gut and builds the immune system. After two weeks, we convert babies to bottles for several reasons.  Even after accepting the bottle, babies are allowed interaction with their mothers through adjacent pens and play areas.  Eventually, mother and baby drift apart on their own for separate lives. Just like human teenagers prefer their friends, baby goats stray from Mom to join in the antics of other babies.

So it isn’t that farmers don’t care when they bottle feed baby goats, it is because they do care. We encourage people to ask questions when visiting our farm, because many management techniques are truly for the animal’s health & well-being and may not appear so at first glance.  Click here to learn more about our nigerian dwarf goats.