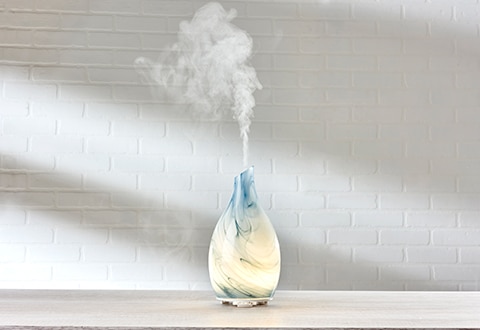 Located at the very back of our nose is an organ called the Olfactory Bulb. Our sense of smell is one of the most powerful senses that we possess. We can visit and experience the past almost instantly when a specific scent works as a trigger. This trigger is the result of the olfactory bulb sending messages via the limbic system directly to the hypothalamus gland.

So what is the big deal? The hypothalamus is that part of the brain that releases sensory experiences, including most importantly,…. memories!  These discoveries brought hope and additional research into essential oils that would stimulate the brain in such a way to help with the fight against Alzheimers and various other forms of dementia. Even without these two diseases, many people experience challenges remembering day to day things, like where did they put their keys or have all the bills been paid or when is my next Dr. Appt.

Several clinical trials and direct cumulative research have shown that there are several essential oils that are beneficial in terms of stimulating cognitive function and in particular, improving memory, especially short-term recall. But something else was uncovered in these trials. There was also an improvement for some participants in lessening anxiety and easing depression.

The three most effective oils for memory assistance are Rosemary, Lemon and Lavender. Blended together or used individually, the benefits are real.

A Rosemary study was done with 20 seniors, 10 in two separate rooms.  In one room, the scientists diffused rosemary essential oil (Rosmarinus officinalis). Twenty minutes later, blood samples were drawn and the researchers found the markers for rosemary essential oil in the blood plasma. A variety of memory and cognitive function tests were performed with the seniors and their results improved 46% over their pre-diffuser tests!  The second group of ten, where Rosemary was not diffused in the room, scored nearly the same as their first test.

This study has been repeated in varying formats at major hospitals and universities, including Harvard, Yale, John Hopkins, the Mayo Clinic, and Cleveland Clinic just to name a select few.  Results were consistent and repeatable.  The other two oils that seem to facilitate memory, although to a slightly lesser degree are Lemon and Lavender.  These oils seem to be slightly more appealing from a scent perspective to many people, so if you don’t like the smell of Rosemary, don’t lose hope!

How do you use them for your family?  First, be sure you have purchased the correct chemotype. They are:

Diffusing is ALWAYS the fastest way to get essential oils into the bloodstream (YES, even faster than ingestion due to the surface area and efficiency of our lungs). If you prefer to apply topically, then 3 – 5 drops of any one of these oils into 10 ml (approximately 2 teaspoons) of a carrier oil such as grapeseed, almond or olive will do the trick.  Note, I said ONE of these oils.  Do not put all 3 into the 10 ml of carrier oil.

NOTE:  If you choose to use Lemon Essential oil, remember it has the potential to be phototoxic if applied to the skin and exposed to direct sunlight.  Reactions can and do occur.

This site uses Akismet to reduce spam. Learn how your comment data is processed.