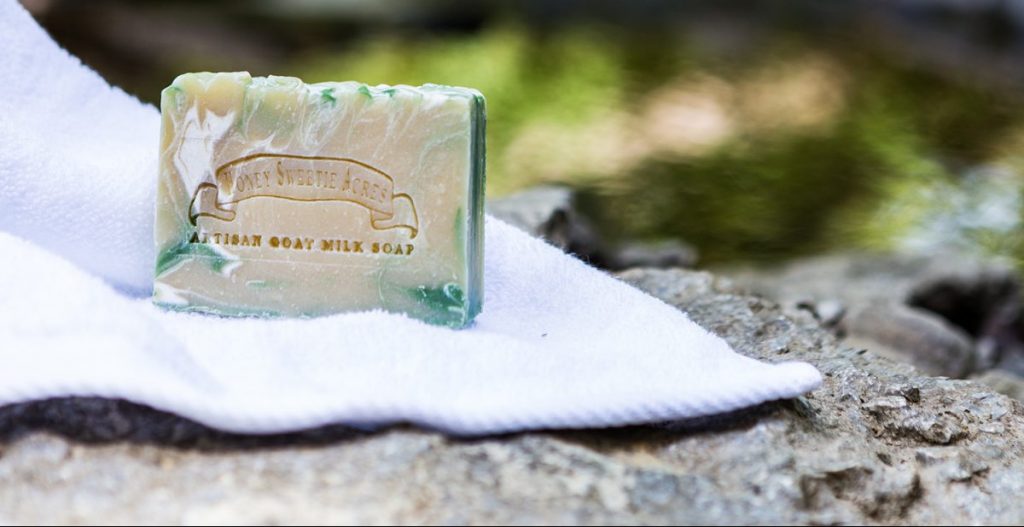 Mr. Rogers used to say “Learn something new every day”!  So with that in mind, let’s take a quick history trip.  We will follow it through to our present day and see the effect history has had on our skin (and learn how to Protect your skin with Goat Milk Soap in the process).

Soap ranges in cost from $1.00 to $15.00 a bar depending on where you live, shop and what specifics qualities or ingredients you are looking for.   Why pay more than $1.00 or $2.00 for a commodity that just removes dirt? ………..  Or does it?  If that was all that soap ever did, then perhaps the argument would fit.  But that is not the case.

In the pioneer days, the purpose of soap was to clean…and clean far more than the human body.  It was used to clean laundry, textiles, hides, kettles & pans to name just a few.  The soap was harsh and needed to be.  The technology of surfactants did not exist.

In 1916 an enterprising young German scientist named Fritz Gunther developed the first detergent.  He saw the shortage of fats during WWI and was motivated to find an alternative form of cleanser.  Fat shortages continued during WWII, which fed the demand for continued detergent development. As part of the industrial revolution, detergents were massed produced, became less expensive to produce and buy, fueling massive profits for manufacturers and retail establishments alike.

Detergents had to evolve.

Before 1965, detergents created foams in rivers and streams because they could not be broken down by bacteria.  This problem was solved only to be followed by the addition of phosphates which were mean to increase cleansing “power”. Phosphates over-fertilized plants, including algae which then choked rivers and streams, consuming oxygen and killing fish. Thankfully, these are behind us and we now know to protect your skin with goat milk soap.

Detergents are found in the majority of commercial brands of body and hand soap marketed today.  Why?  They are cheap to produce and leave the “squeaky clean” feeling which is marketed as desirable. People expect it from soap. That is how soap is supposed to make you feel…………. or so everyone thought.

Skin needs to be fed!

We are all more health conscious than ever before, but we forget that the skin needs to be fed just like the rest of our body.  We now know that commercial detergent based soap damages the Stratum Corneum layer in the first layer of skin, the Epidermis.  Detergents remove all the natural lipids in this layer, including the glycerin and all nourishing triglycerides.  The Stratum Corneum is your shield against the environment at large, protecting you from bacteria, microbes, viruses.  It is your first layer of defense against injury and illness.  This layer stretches (more than we’d like), shrinks (less than we hope), bends, flexes and moves in a thousand different ways each day. Your skin begins to thin, it crack and split, when it is stripped of vital nutrients.  Inflammation sets in thus opening the door to invaders and potential recurrent skin conditions.  Dryness, itching, flaking, peeling are not strangers to the majority of us.

L’oreal, the French cosmetics company has made millions with their slogan “Because You’re Worth It”. (Sheer genius nonetheless from their marketing department).  The point is relevant however.

So, how do you protect your skin naturally? Your skin IS worth a premium handcrafted goat milk soap bar that actually serves a vital purpose. Make the move away from detergent based commercial soap and start feeding your skin, but more importantly feed and nourish your own Stratum Corneum.  Is your skin worth $6 – $7 a month?