Is it cruel to milk animals? 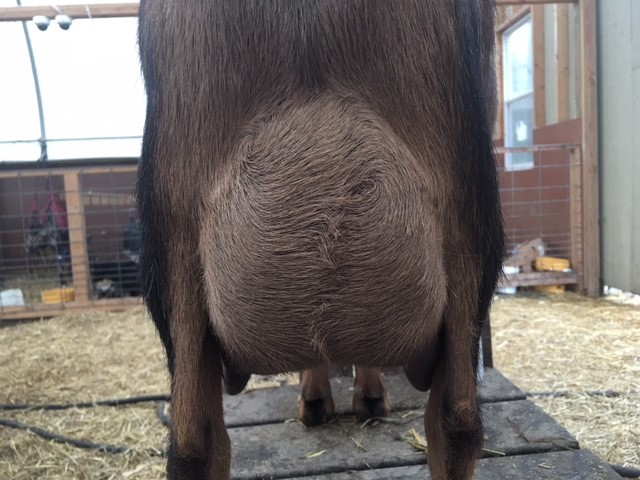 30 NovIs it cruel to milk animals?

We appreciate any questions from customers in regards to raising our animals. When we write a blog, it is certainly “our opinion”.  However, we are Certified Humane for a reason.  Recently, we did a promotion with MyBeautyBunny.com in regards to our products and were a bit surprised at a few online comments.  One person asked how we could be deemed cruelty free when we “bred” animals and milked them. Another questioned what specifically was happening to the “boys”, with the clear assumption that they were not being allowed to survive.

Knowing a small portion of society is often innocently uneducated on raising livestock, I try not to take such comments personally.  Yet, they do disturb me.  My frustration arises when animal activists spread falsehoods in an attempt to emotionally upset honorable animal lovers and write their op-eds without consulting any livestock expert.  Their agenda to make all animals subject to only nature and not man is short-sighted and in its own way, cruel.

Let’s look worldwide at the animal kingdom.  As humans, we interpret some of the things that happen as shocking, cruel, and sad. For example, in Africa, when two male lions fight for control of a pride, the winner takes over the group of females.  Any lion cubs present that are the progeny of the former male will be killed immediately by the winning male.

In the Galapagos Islands, there is a bird species that can often have up to three chicks. If the parent birds cannot find enough food, one chick will be sacrificed to feed the other two.  Over time as the two chicks grow and the nest gets too small for the whole family, another chick is killed to allow for the survival of all.

Mother nature IS cruel.   Let’s say we turn all goats loose into nature and never intervene.  First, they are going to breed, whether we are there or not.  Inbreeding will be the result with all its genetic repercussions.  Babies will be born.   There are multiple viruses that can impact a goat and shorten its life and that of the entire herd.  CAE is Caprine Arthritic Encephalitis which manifests as either severe arthritis in the body or encephalitis of the brain. CAE is Caprine Arthritic Encephalitis is spread when a doe licks the kid. There is no cure.   We test all animals for CAE twice a year.  We would not breed a doe with CAE and fortunately have never had one on the farm.  CAE is heartbreaking.

This blog isn’t a primer on goat diseases, the point is, that without the intervention of man, CAE would be rampant in the goat world and lead to the suffering of hundreds of thousands of animals.  This is just one of the contagious, chronic, and usually fatal illnesses that affect goats in nature.  Proper care and management of herds have helped reduce the incidence of CAE worldwide with man’s intervention.

But somehow, if I breed an animal and it produces milk, I am further being cruel by milking her and using the milk for anything.  OK, let’s say she has the baby in nature all by herself without man.  It could go just fine, but if trouble starts, the grim reaper is waiting.  Babies may be breached and do not usually realign in the birth canal alone.  If it takes too long to enter the world, they can suffocate.  If it is bitterly cold, babies will die quickly.  If the baby is weak and does not arise to nurse in the first hour, they will not survive.  If the mother rejects them for whatever reason, the baby will not survive. If food is in short supply, milk will be as well. If the mother develops an udder infection, milk production will fail or not be fit for consumption with the worst part being permanent udder damage that will impact future births. An infected udder can even kill the mother. Mother nature will not heal her.  The intervention of caring farmers and loving goat owners make the difference.

How do Small Farms Handle Goats?

What does man actually do?  He washes the udder, moisturizes & conditions the skin, checks for any sign of infection with strip tests, taking temperature, and feeling the condition of the udder. An experienced person will recognize lumps, tightness, and fever. Just like a nursing mother can experience “mastitis” (breast infection), so can a goat.  Familiarity from time spent with the animal will usually be the first clue that something is wrong. Mother nature does not care.

I know many of the perceptions of poor animal care come from animal rights activist exposure of the huge commercial and massive corporate farms.  But the larger the operation, the higher the risk of illness and disease, that’s pretty obvious, and programs like “Certified Humane” are there to make sure these operations provide humane care. It is voluntary, but more and more farms are joining.  I will always believe that smaller family farms provide the best care.

Our next blog in a few days will focus on “What Happens to the Boys”?  There are both realities and myths about male kids and we will hope to bring some clarity to the topic.